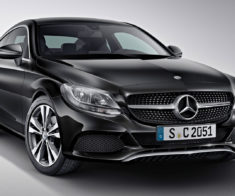 Debuted at the 2015 Frankfurt Auto Show, the appearance of the C-Class coupe leans heavily on that of the 2014 C-Class saloon. The two share the same basic front-end styling treatment though to the leading edge of the doors. From there back, the second-generation C-Class Coupé closely mimics the design of the 2014 S-Class Coupé. […]